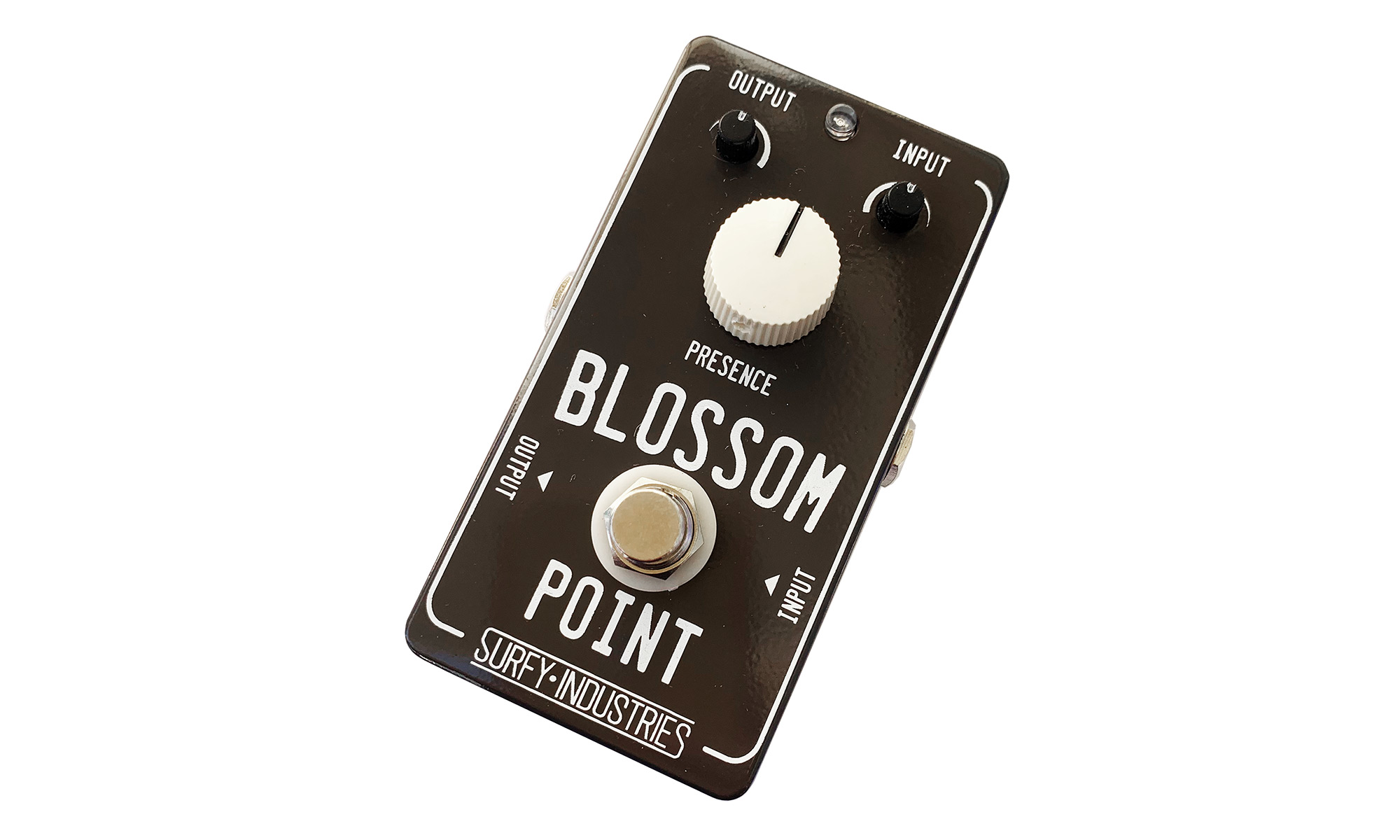 BLOSSOM POINT
As big fans of the so-called "brownface" Fender® amplifiers of the early 60s (1960-1963), we have long been thinking of producing an enhancing device to re-create the key features that make those legendary amps so unique. We also wanted to be able to capture that sound with the minimum amount of controls. And so, the BLOSSOM POINT was born!

The Blossom Point emulates the special "fat effect" that is obtained by pushing the tubes and the volume of a brownface Fender® Showman® just before distortion. It finds that "sweet spot" (that Dick Dale was calling the "blossom point") of maximum tube compression that changes the entire sound - from its power to the sustain of the guitar and the reverb. The Blossom Point is perfect for the gigging artist who appreciates that sound or is used to playing through one of those old amplifiers. As we know, for live shows and touring, you can be presented with different backline amps and traveling lighter and avoiding bringing a brownface amplifier on the road is always a plus. It saves you money and your back! With the Blossom Point you are secure in knowing you can get the sound you need from any amplifier, even the coldest ones, with affordable ease and portability.

INPUT (signal level attenuator)
Some guitars have very hot pickups and the signal level can bring to distortion the compression stage of the circuit. Use this control to lower the input volume just enough to suit the sound.

OUTPUT (boost)
Use this control to increase the signal level from zero to +6db. The "unity gain" is around middle position, so you can also use the pedal as a little boost. The reason why we included a boost is because the effect is TRUE BYPASS, so this control would help in case there is a difference in volume with the effect on or off.

PRESENCE
One of the ways that brownface amps are unique is the adjustable "presence" control, which later became the "bright" switch when the blackface series came out in 1964. This control gently increases the high and mid-range frequencies allowing the sound to be wider, fuller and crispier, while shaping the tone in a very particular way.